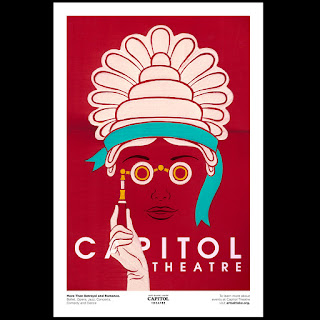 I was commissioned by the ad agency BWP Communications to do large posters (4 x 6ft) for each of the main performing arts venues in SLC.  Here's the first one, the Capitol Theatre. Brett Palmer was the AD and Summer Milligan the designer. 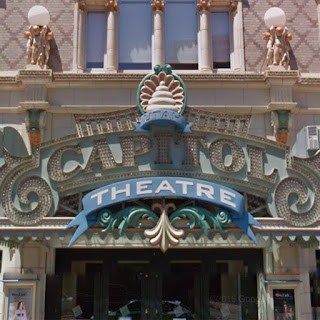 Each poster had to be about what the venue showed (opera/ballet, modern dance, broadway or symphony) and respond to each venue's architecture. 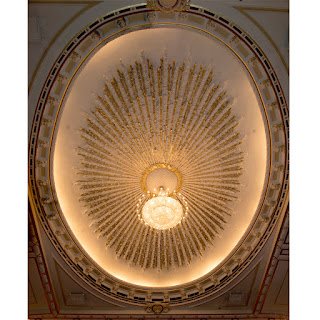 So my first step was to go the venue and take some photo reference. This is the main ceiling. 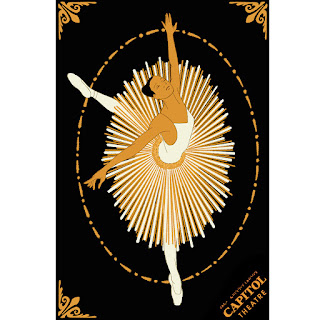 The first mock-up. I usually don't go this far for "sketches" but this needed to be presented to a committee and I needed to give Brett all the help I could since he had to sell it. 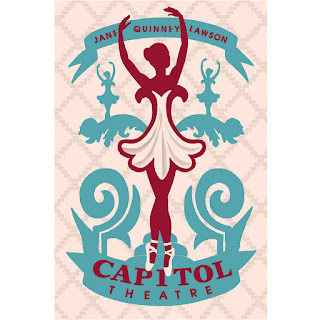 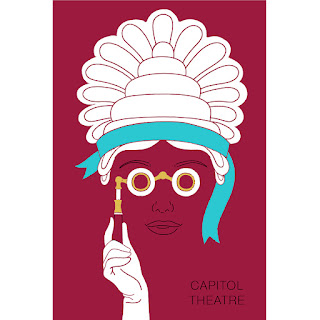 I needed to cover the Opera angle in the third mockup. 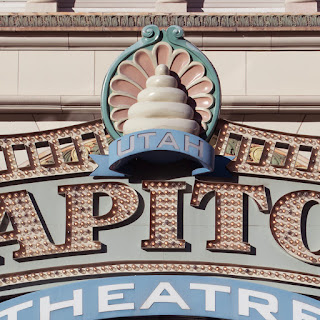 And the birth of venus beehive on the facade that inspired the womans wig.