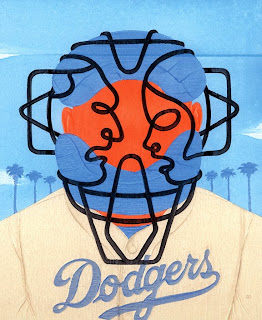 Got to illustrate the "Messiest Divorce in Sports", yeah even messier than Tiger's...
That of the owners of the LA Dodgers for ESPN the Magazine. Art director was Ed Mann.

A few days after I finished the piece, I got to see Dodger Stadium for the first time when I was in LA for ICON6. 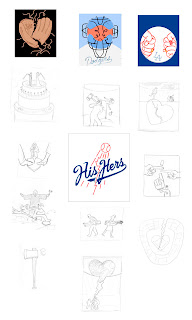 Had fun with the roughs, I even gave them a typographic option. Why? I just couldn't help myself and got obsessed seeing if it would work. Fortunately Ed picked the more compact solution. 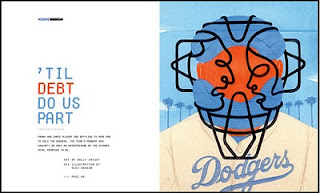 Whenever I'm lucky enough to do a spread for great designers, I'm so excited to see what they come up with after I turn in the artwork. I love being surprised and at ESPN they always deliver.
Posted by Alex Nabaum at 9:21 AM 1 comment:

Well actually not him exactly... his death did.
Last week right when I was almost done with this conceptual portrait of notorious developer Shaya Boymelgreen, for the cover of the New York Observer, news came in of the Yankees owner's passing. Which was much bigger news. Actually, I've been in this business long enough to be totally used to things that happening. 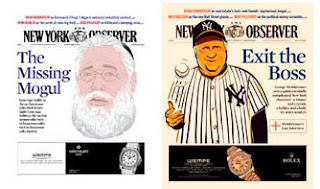 Here's my tight color sketch in the mockup. And the cover that had to replace it.
Kudos to Kathryn Rathke for cranking out that portrait of George in probably less than an hour! 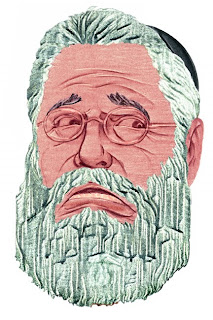 Here's my final art that did run inside for the same budget, thanks Nancy!
We didn't want to make fun of his features so the caricature aspect is toned down and Nancy wanted the buildings in his beard to be subtle, which was really nice to do that way.
Posted by Alex Nabaum at 5:14 PM No comments: 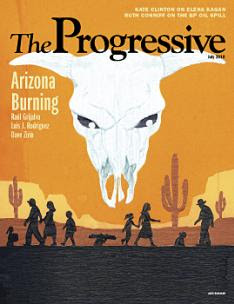 Got to tackle the complicated issue of the Arizona immigration law for Nick Jehlen at the Progressive. 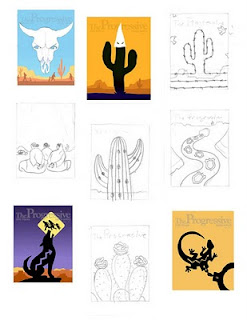 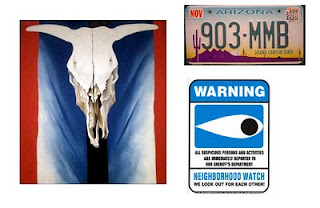 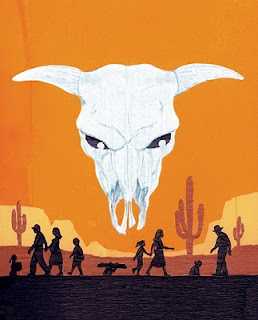 Apologies to Georgia O'Keefe, I know you worked in New Mexico. 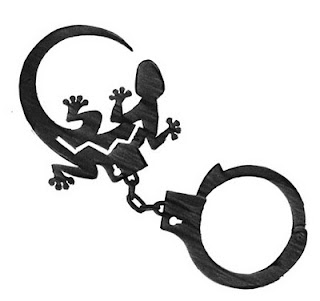 And this is why Nick Jehlen, is my favorite art director in the whole world!
Because he let me do this spoof of those kitschy southwest lizards, for the inside.
Posted by Alex Nabaum at 12:14 PM No comments: