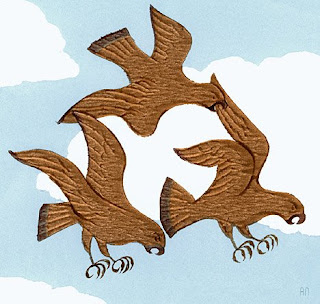 For TIME column by Peter Beinart on Obama's foreign policy team of hawks and how he (the author) believes they are a cover for actually making peace.
Art director was Patricia Hwang.

The article wasn't written when I got the assignment which is typical for a weekly, and kept changing focus after the first and second round of sketches, ( I'm not going to bore you with them all), so when there was only a few hours left, the story came in with the headline "Team of Hawks".
Since we were running out of time, I could just quickly paint a group of hawks, but I just had to give it another layer of meaning.
A few weeks before I had done a MC Escher-like full page piece for Money magazine, so I still had a bunch of MC Escher reference around. 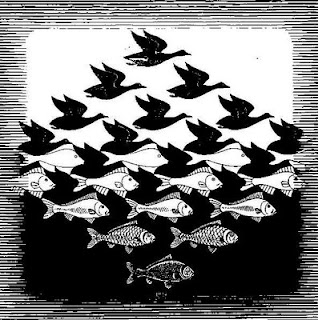 So a simple ripoff of Escher, although it took about 5 attempts to come up with my version below, which I sent it in for a quick approval. 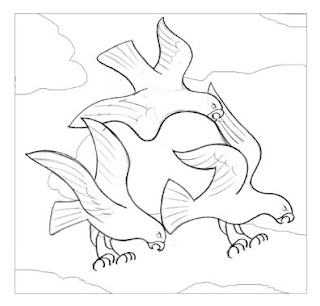 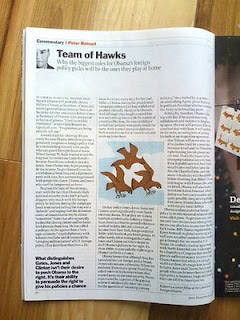 And the piece on the page.
Posted by Alex Nabaum at 9:16 AM 2 comments: