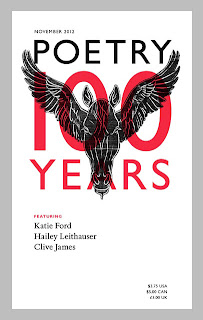 To celebrate their 100yr anniversary Poetry magazine decided to commission different artists to do a version of their Pegasus covers from earlier years, for every month of 2012. Art direction and design by Alex Knowlton.

Here are some old covers with some very beautiful and charming drawings. The call for me came in March so I got to see the three covers already done by Cathy Bleck, Felix Sockwell

And I was told there would be upcoming covers by Milton Glaser and Yuko Shimizu.... so no pressure ; ) 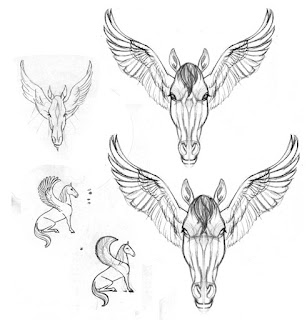 I knew I wouldn't be able to add anything comparable in charm, beauty or design among that group of artists. So I decided I might have hope adding some variety in a conceptual approach. 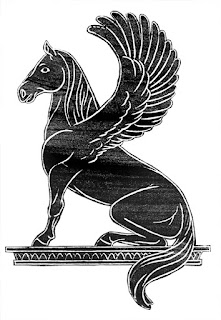 First I focused on the concept of poetry sometimes being mysterious like a riddle. 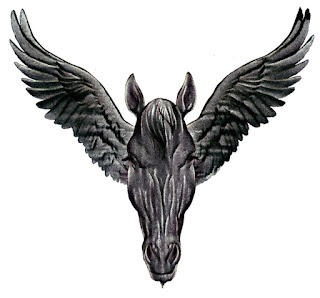 Second I tried to simplify the pegasus conceptually rather than visually.

I sent both in, just in case the reduced one was too different.

The editors liked the reduced frontal head and wings, but really felt like it couldn't have any gradations, which was too different in execution than the other months.

So I quickly rolled out a more graphic one in under an hour. 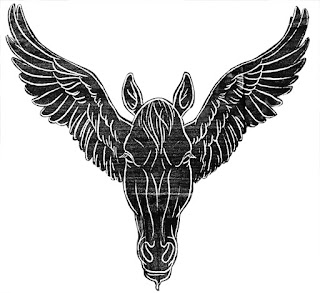 I say rolled because both of these pieces actually started out the same way, as an embossed line drawing on heavy paper board. It just depends on how thick, thin, wet or dry I apply the paint to my brayers and then how much pressure and speed I use when I roll them over the embossed line drawing. It's simple enough but almost impossible to really control and it involves alot of frisket and swearing due to complete wash outs and having to emboss a whole new board or trying to fix it in photoshop...

BUT the best part was being able to see what everyone else did. So fun and educational for me to see how artists approach the same problem but it comes out so different!

And that's why I waited until December to post this, so I could show the variety of the total year. A real selling point to commissioned illustration. My favorite was Melinda Beck's and design wise Yuko's and Cathy's. 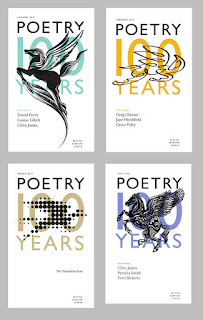 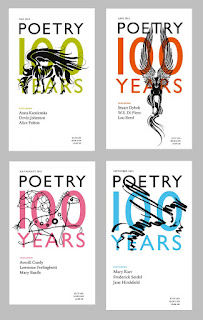 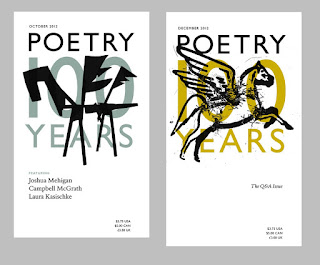 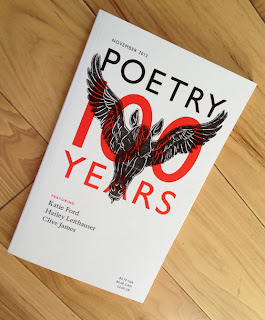 And finally the printed product.