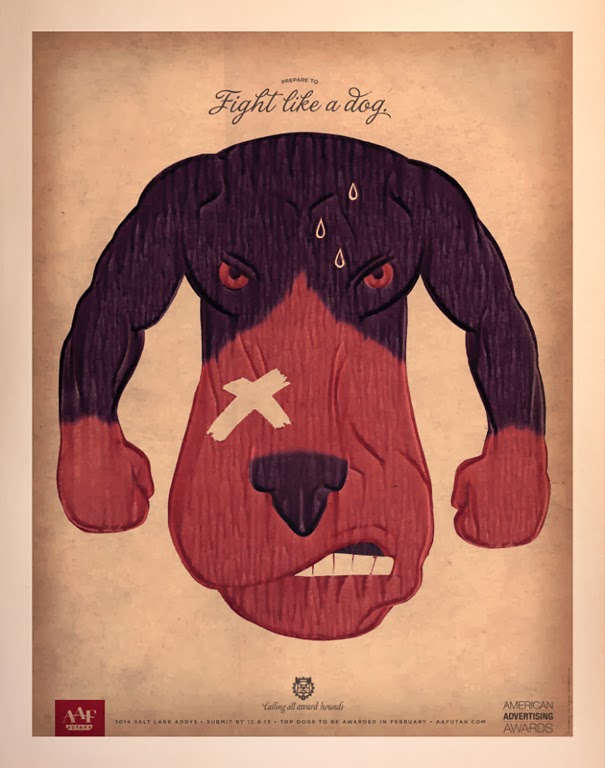 When I was just out of school, I showed my portfolio to a few Salt Lake City ad agencies. Ryan Anderson (now at Fluid) was one of the of the art directors I met with....

13 years later I got a call from him for to do a call for entries poster for the SLC chapter of the American Advertising Awards.

The four taglines to pick from were - Dog and Pony Show - Fight Like A Dog - Dog Eat Dog - and - Calling All Publicity Hounds. I had a few seconds to pick.

The other two illustrators were Christopher Thornock on the left and David Habben (who referred me) is on the right.

Here's my process. Ryan asked me to do some type for it, but I only did some dummies of it, because I knew that they would have to tie all these together with a unified type and that's what's ended up happening. 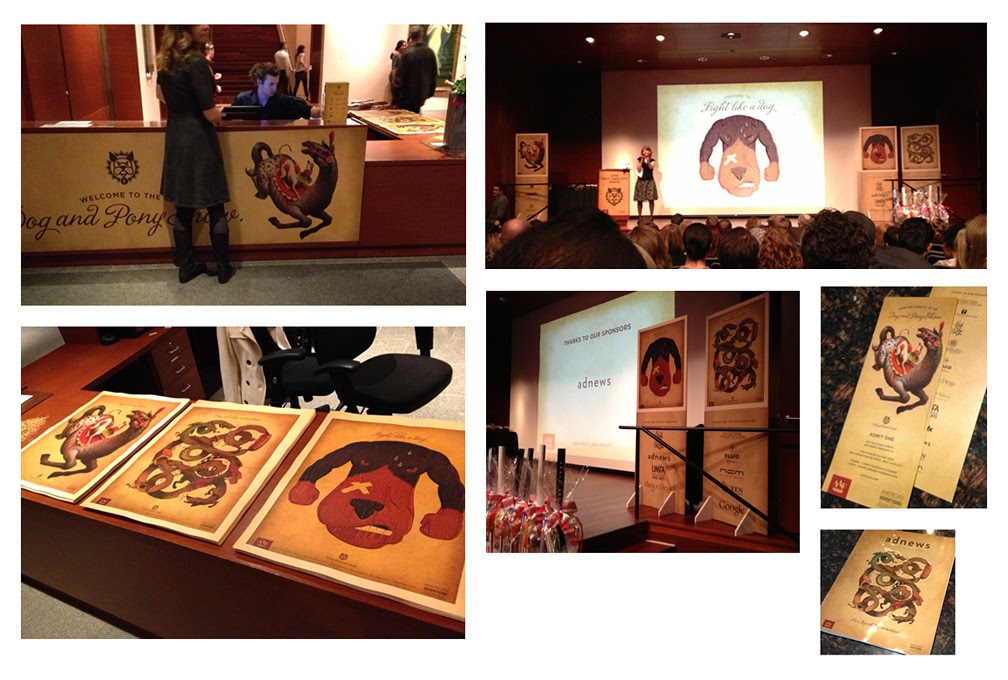 Here's some photos from the awards gala. It's so great for an ad agency to center a campaign around illustration. Kudos to Fluid.

What happened to - Calling All Publicity Hounds?

Well the printing sponsor only wanted to do 3 posters apparently, which after I heard it saddened me, because I had almost picked that one.

So I tried to save it. I did a quick version in photoshop for the entry website.

It didn't end up being used because it just didn't fit the sepia look that evolved in the end, but I thought it was worth posting here.