So long Kim Jong for NYTimes 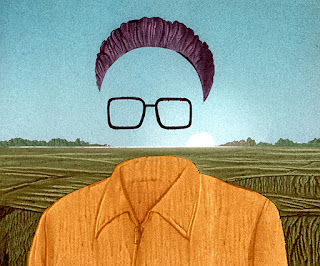 Was salivating at this job when Matt Dorfman called me to do something on the future of Korea with the death of Kim Jong, because I love doing conceptual portraits. 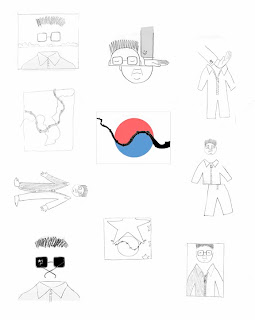 The article had a lot to do with China's response and how it wants to keep Korea divided, so I had to cover that angle, but I was hoping I could get away with something a bit more timeless on the just the future of Korea. 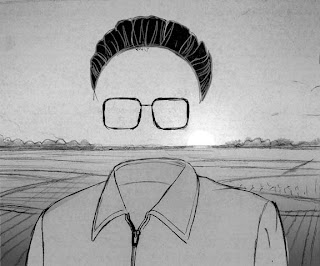 Luckily Matt agreed AND was willing and able to go to bat for this idea. And he gave me an extra hour to do it, so from initial call to delivery was about 5 hours... 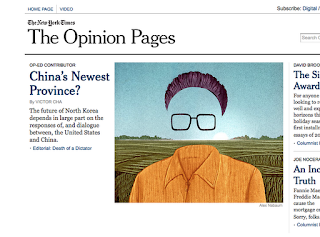 Posted by Alex Nabaum at 8:40 AM No comments: 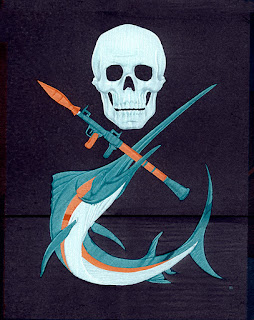 This was for an article for California Magazine on the interesting fact due to the Somali pirates, tuna, marlin and wahoo populations have soared in that part of the Indian Ocean. Since I'm very interested in military history and the environment, this was an rare intersection of my interests to say the least. 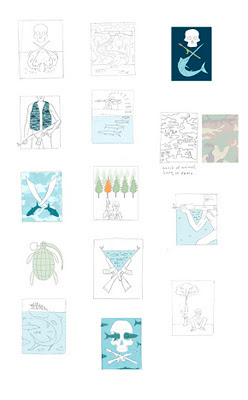 The article included other conflicts, so I had to cover my bases, but of course I was hoping for the Pirates.
Had to do quite a few color studies to come up with something simple that would unite the skull, RPG and marlin and still seem somewhat natural to what they are. 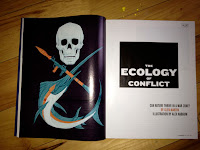 Posted by Alex Nabaum at 4:56 PM No comments: