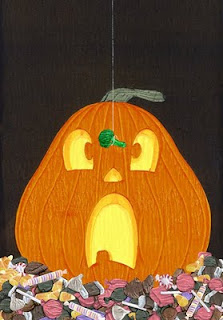 Kids are so hard to scare these days, so I had to go a different route.
Posted by Alex Nabaum at 10:00 AM No comments: 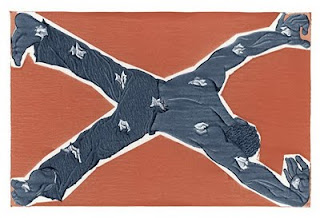 I actually don't have strong feelings towards the Confederate flag, having grown up in and lived mostly in mountain west, but it occasionally it pops up on a truck around here driven by someone I know isn't from the South, which I find odd.

So when I saw one the other day, it got me thinking... I've seen the American flag get visually chastised for it's sins real and imagined a million times (by me included), but never the confederate flag.

So I figured it was due for a trip to the woodshed, albeit a hundred years late.
Posted by Alex Nabaum at 9:08 AM No comments: 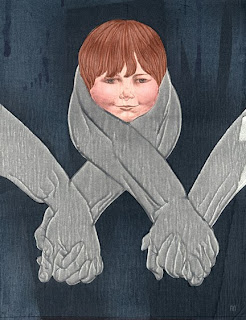 Tighter sketch and color studies.
Posted by Alex Nabaum at 8:23 AM 1 comment: 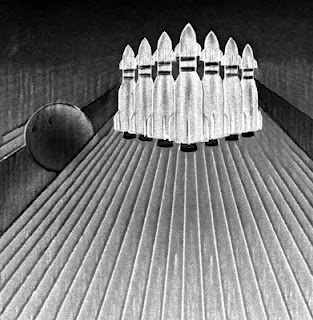 Did the OpEd for the New York Times yesterday, on Obama on Iran and how his policy is in a free-fall. Art direction by Kim Bost. 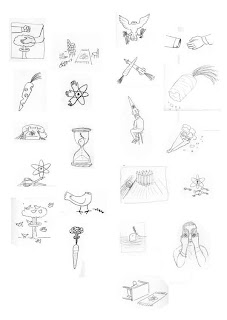 Along with the usual ideas, I was thinking of Obama dropping the ball as a visual, but the problem is he's actually really good a sports. Then I remembered him throwing some gutterballs trying to bowl on the campaign trail last year and bingo something a bit more fresh.

Luckily the editors picked up on it as well and choose that one.
Posted by Alex Nabaum at 7:43 AM No comments: