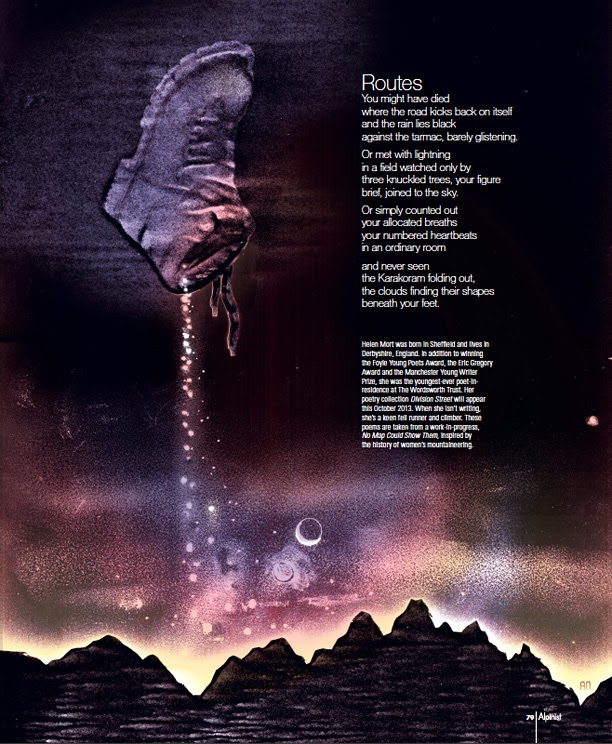 In 1995 Alison Hargreaves, a pioneering female mountaineer died soloing K2.
She was literally blown off the mountain.
Here's my illustrations that ran with poems by Helen Mort about her life in the latest issue of the Alpinist. I was thrilled because I rarely get to illustrate poetry, but worried too because it was rare for this magazine to use illustration, so I knew there would be hiccups. 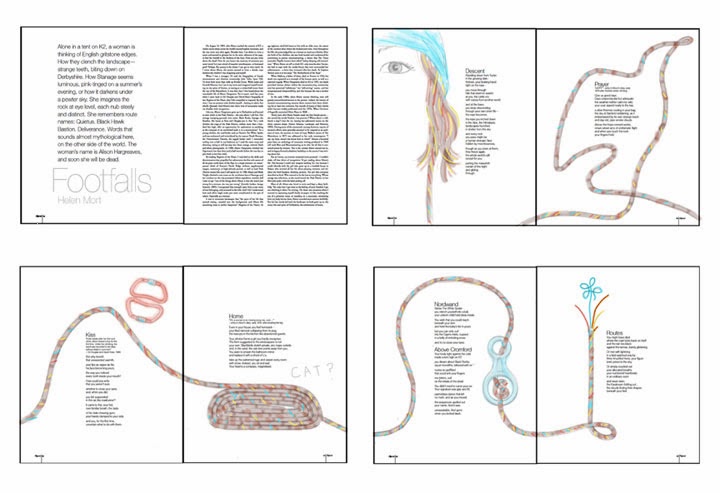 Initially the direction I got was: airy, poetic, ethereal, soft, lots of white space.
Which I totally misinterpreted as softening the subject. They hated the sketch. I should have sent more sketches like I normally do. 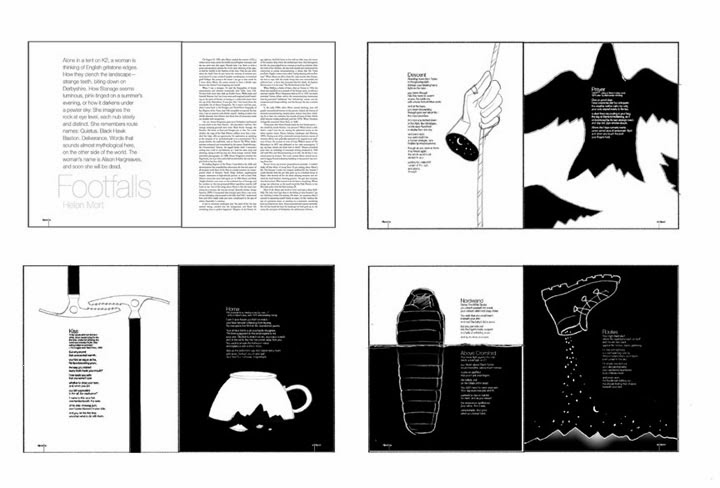 Needs more "foreboding." I can do foreboding. Did foreboding more tied into mountaineering.
Round two was better.

Here's the cover and opening spread.  Below is the title of each poem and a brief excerpt and/or backstory. 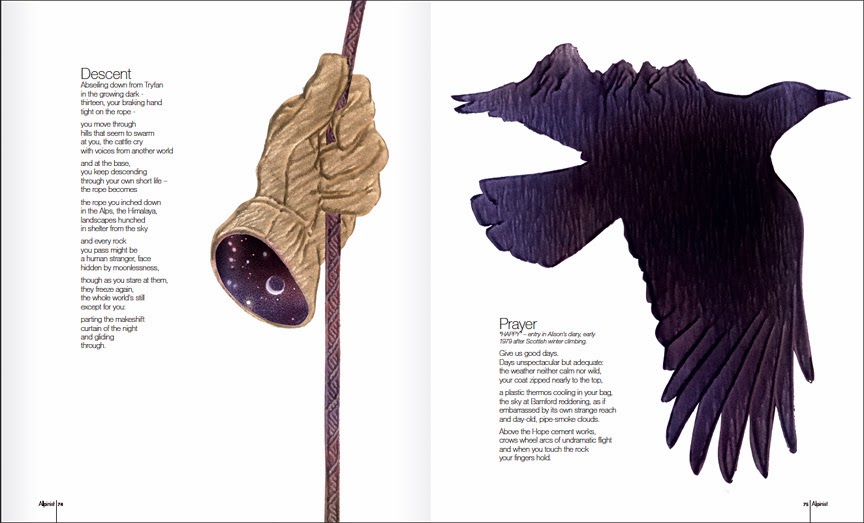 Descent - parting the makeshift curtain of the night and gliding through.
Climbing as a young girl.

Prayer - crows wheel arcs of undramatic flight and when you touch the rock your fingers hold.
Climbing in Scotland Kiss - his stale chewing-gum, your hands clamped to your side, and you, for the first time, uncertain what to do with them.
A few weeks after her first rock climb, Alison kissed a boy for the first time. Unlike her climbing, the event was recorded in her diary without detail or comment’ 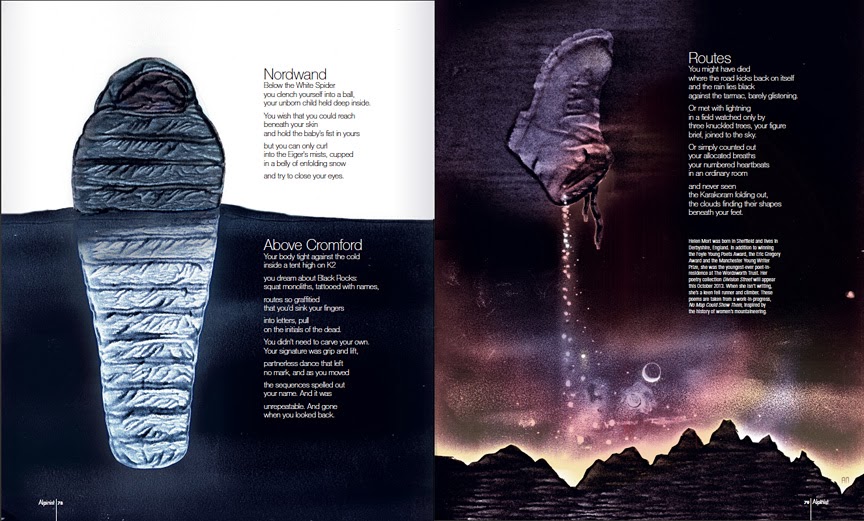 Above Cromford - routes so graffitied that you’d sink your fingers into letters, pull on the initials of the dead.
Climbing K2

Routes - and never seen the Karakoram folding out,  clouds finding their shapes beneath your feet.
She died at age 32 on K2, she had just soloed Mt. Everest without oxygen a few months before.

Marriage, School and HIV in Africa 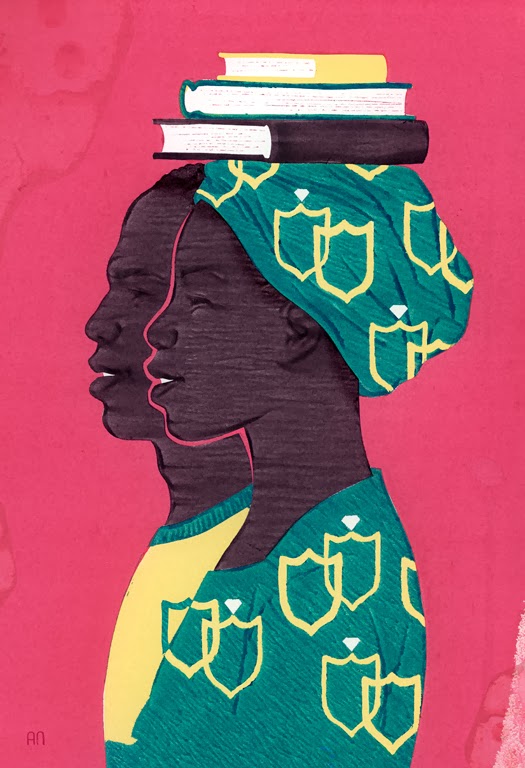 Obviously I had a favorite rough...

The story was on how being in a intact marriage and being in school protects from HIV in Africa (Uganda)
Posted by Alex Nabaum at 7:38 AM No comments: