Emotion on the brain 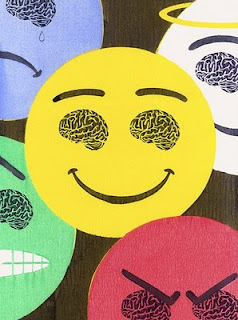 Full page illustration for a Newsweek article on emotion and the brain.
AD was Patty Alvarez. 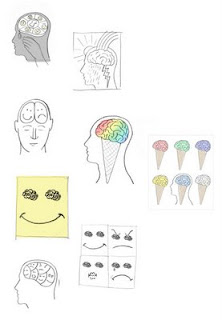 Here are the rough, Patty liked the smiley face ones, but I need a better composition for a full page. 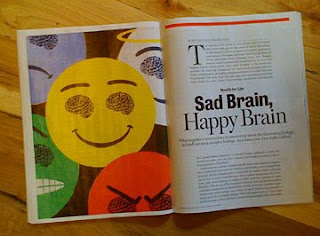 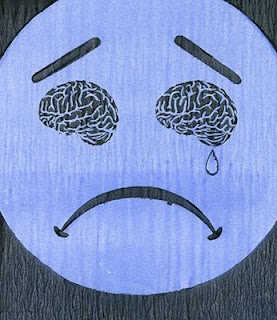 This one ran inside the article. 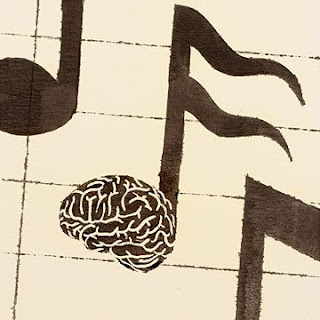 Also included in the package were 3 other articles about the brain.
Here's one on music. 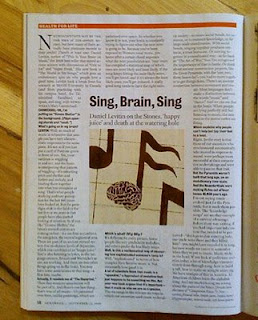 In print.
Posted by Alex Nabaum at 7:13 AM No comments: 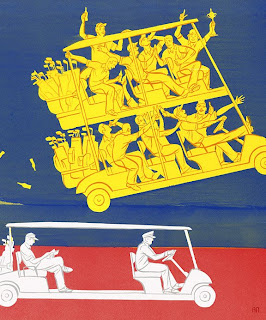 This was for a full page in ESPN the magazine. It was about how the European team usually beats the American team despite it's star power. According to the writer it is because the european team travels and parties and plays together, while the american team are lone wolves, albeit chauffeured ones. Art director was Lou Vega.

My first set ideas were too much about the concept of team golf. ESPN wanted to highlight the fact that the team travels together, so below is round 2. 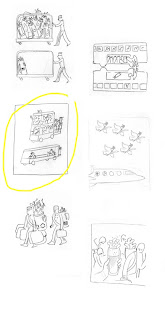 Lou picked the carts, but I needed a much more interesting composition to hold a full page, especially a page in ESPN which is 10x12! Made me anxious, because usually I count on a memorable idea to do the heavy lifting. 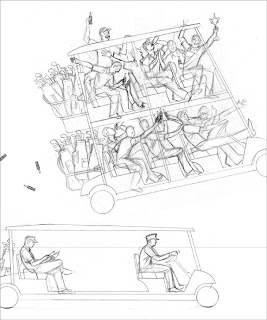 Here's the preliminary drawing, I must have done atleast a dozen rougher ones trying to get an good composition. Orchestrating multiple figures isn't my specialty so this took longer than usual, but it was fun - it's sports.

I decided to keep the final more sparse and graphic to try to hint at the european union flag and american flag.

Ironically a week later the Americans won the Ryder Cup! So I don't know if this ran or not.
If it did I'll update this post with the accompanying design in print, which in that magazine is always amazing.
Posted by Alex Nabaum at 10:11 AM No comments: