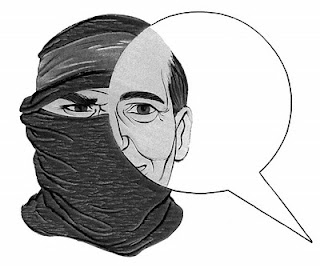 For today's OpEd in the NY Times on talking to terrorists.
Writer argues that, engagement over time can change terrorist groups to be more mainstream like Nelson Mandela's ANC, which was once listed by the US as a terrorist organization.
Maybe... but the article's mentioned group's goals seem a bit more specific, achievable and platable than say Al-Qaeda's. But the writer does acknowledge this.

I finally got approved on this job late in the day and was worried, but Sen. Byrd's passing bumped it back and gave me a extra day for the finish.
Aviva on the other hand never sounds worried, how she does that with all those tight deadlines is beyond me. 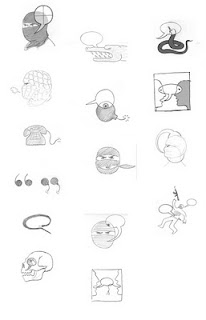 First set of roughs, when I thought the article was mainly focused on talking to terrorists in order to understand them better in order to kill them. 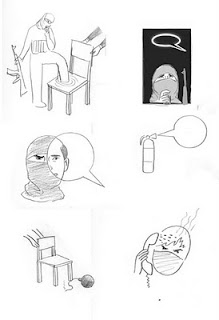 Second set of roughs after I got the focus right.
Posted by Alex Nabaum at 10:54 AM No comments: