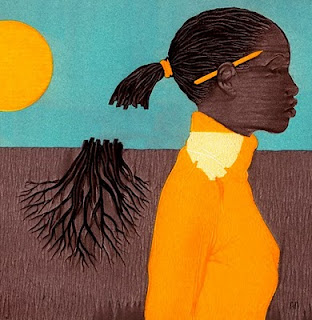 This was for the Boston Globe Magazine about a woman, who when a girl moves from Memphis to Boston for a scholarship. She ends up staying for career and marriage, but never quite feels at home in the North.

She ponders this, from the article -

"Now, though, I wonder. The prompt is Isabel Wilkerson’s magnificent new
book, “The Warmth Of Other Suns,” a dense and moving exploration of the
Great Migration. Wilkerson chronicles both the highs and lows of that
fifty-year, nation-altering event but mainly suggests it was ultimately for
the good. Was it?" 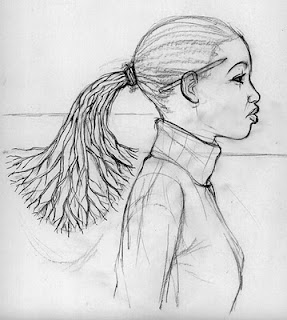 For some reason I really responded to this piece. Perhaps because Jacob Lawrence, the great artist of the great migration, was one of my favorite artists as a high schooler. Or perhaps because I have never really felt at home no matter where I live. 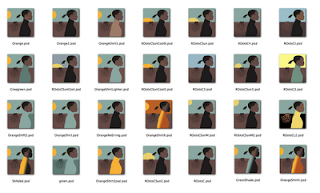 One thing I do know is, I wish I didn't have to do so many color studies to be happy!

Update March 2011: This piece just won a Silver at the Society of News Design.
Thanks for submitting it Grant!
Posted by Alex Nabaum at 7:49 AM 4 comments: 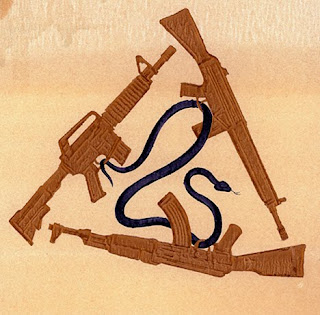 On friday I did a quick piece for the NY Times Week in Review, on the tricky relationship between the U.S., Pakistan, Afghanistan and the Taliban. At the last minute it needed a quick color change because of a color clash with something else on the cover. It happens and it's totally unforeseen and because of Photoshop this is so easy and routine I don't even think about it anymore, in a few minutes it was done. Bless Photoshop.


It reminded me I forgot to post this piece I did for Columbia a little bit ago.
The article was on over-population, mainly in Africa. 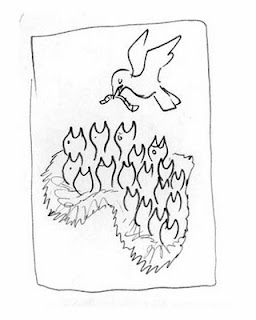 This was the rough they liked. Only direction was "make sure the nest looks like Africa"
Which I did and the editors were happy. Sent off, done and invoiced.

A week later, just hours before they go to press, the slightly stressed AD calls and says the editors just decided they want the nest NOT to look like Africa, they want it general.

I was pretty worried at first I would have to repaint the whole thing, since my work is mainly non-digital. (Of course they offered to pay for the repaint)

But in about 30min I had it done, all thanks to Photoshop. 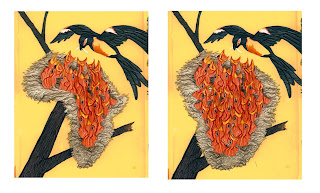 Or was it because of Photoshop?
Since everyone is so used to being able to make such last minute changes, perhaps this allowance for more indecisiveness is sometimes a curse.

Curse Photoshop.
Posted by Alex Nabaum at 9:21 AM 2 comments: